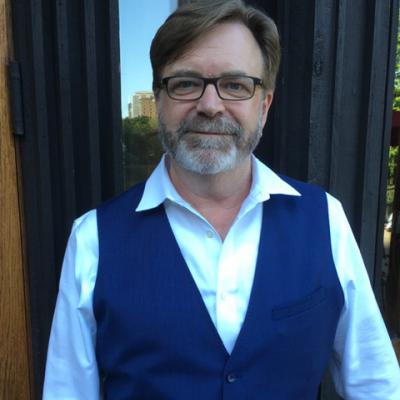 John returned to the North Pond family in December 2019 as Managing Partner and GM. He had been with us years earlier serving as General Manager and we are thrilled to have him back in the fold. Originally from Michigan, John began his hospitality career as a concierge at The Amway Grand Plaza Hotel and in Chicago at the four star, five diamond Ritz Carlton, A Four Seasons Hotel in food and beverage and front office positions. He went on to work at notable Chicago mainstays including Lettuce Entertain You’s Scoozi!, Bistrot Zinc, mk and most recently, Sepia. John is a hospitality professional who believes in taking good care of his employees who are then able to offer the same hospitality to our guests. 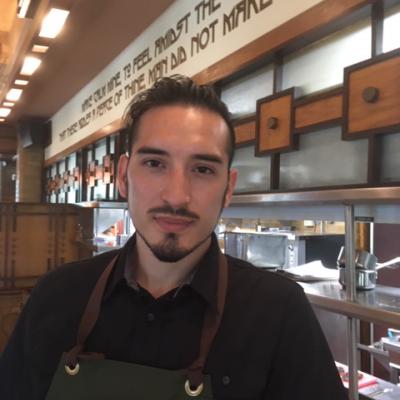 Cesar Murillo and his family emigrated from Chihuahua, Mexico, to Texas when he was just four years old. Murillo knew from a young age he wanted to create and to connect with his culture, and was drawn to the sensory experience of the kitchen. After completing his studies at Texas Culinary Academy he set his sights on Chicago, and in 2010, Murillo was awarded an internship at the influential Frontera Grill. While he had worked at other kitchens, Murillo feels his career launched from Frontera, where under Rick Bayless he developed a strong work ethic, and learned the importance of remaining humble and staying involved in the kitchen, no matter your position. After leaving Frontera, he went west to the Bay Area of San Francisco to better connect with and understand what goes into the growing and raising of the products he was using daily. He visited farms, ranches, farmers markets and vineyards, immersing himself in the farm-to-fork culture of the region. While there, Murillo worked his way up the culinary ladder at notable eateries including San Francisco’s Nopalito and Healdsburg’s Mateo’s Cocina Latina, both hyper-seasonal restaurants dedicated to traditional Mexican cuisine. After two years, Murillo returned to Texas, working at the acclaimed fine dining restaurant FT33 in Dallas, where he sharpened and refined his skills and was quickly elevated to lead line cook. While there, he set up a stage at the recently opened Grace in Chicago, and so impressed Chef Curtis Duffy that he offered Murillo a position after one week. Over his three years at Grace, he was able to explore his creativity and push himself in ways he had never before; while there, the restaurant earned countless accolades, including attaining three Michelin stars with Murillo as sous chef. In 2017, he was offered the senior sous chef position at critical and consumer favorite Sepia, where he was able to flex that creative muscle and express his culinary voice. In 2020, Murillo joined the North Pond team.

Murillo loves the sensory engagement of cooking, of creating and finishing a dish and finding ways to blend elegance with simplicity on the plate. He describes his style as one driven by the season, grounded in vegetables and “thoughtfully curious.” When not in the kitchen, Murillo and his wife might be found indulging in a great meal, or hitting a trail somewhere with their family, exploring and enjoying nature. They live in the Bridgeport neighborhood of Chicago. 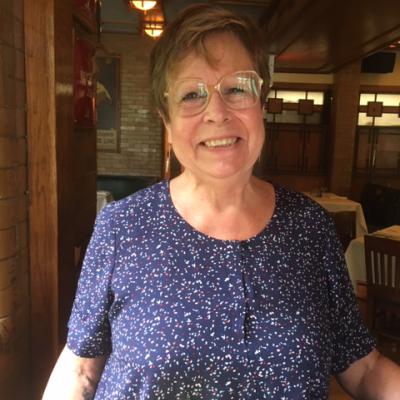 The daughter of Lithuanian immigrants, Loretta Montelongo thought she would become a criminal investigator when she grew up. Her father, a former chef in the United States Army, was an instinctual cook who loved spending time in the kitchen with his young daughter. Without knowing it, he was leading his daughter towards a career path – albeit one that would take some time for her to discover. Montelongo, a retired U.S. Treasury Agent, wasn’t one to sit still after leaving her position, so she began working in hospitality, both in retail and in front-of-house operations. It was while working at Neiman Marcus’ signature restaurant Mariposa where she met John Arents, and when he took over at North Pond, he brought Loretta into the fold. Montelongo likes the yin and yang of working in a restaurant – the daily challenges that arise in operations, and the satisfaction of playing a small part in providing a memorable dining experience. Montelongo lives in the Ravenswood neighborhood of Chicago, and when not working, you might find her in the kitchen, passing on some of her father’s creations to her granddaughter.

Pastry Chef Laura Thomasson began cooking with her mother at a young age. A Graphic Designer, Kindergarten Teacher, Editor, and Savory Cook, her mother instilled in her a love of global food including Mediterranean food and Hungarian Classics. Her father, who owned his own book binding business encouraged her thirst for knowledge. He instilled a love of history and nineteenth century classic literature in her. The fifth of six children, Thomasson is at ease in a big group cooking for lots of people.

Thomasson began studying Hospitality Management at Szechenyl Istran Egyetem Hospitality School in her native Hungary. She soon realized that she would rather be cooking and accepted an internship with the University of Michigan in Boyne City Michigan, as a baker. There she met the chef who would become her husband, Zane, and the two share a home in the Ravenswood neighborhood of Chicago. Thomasson worked at Linear restaurant and The Chop House in Grand Rapids, Michigan, soon after she found a home here at North Pond and she has been delighting our guests with her unique desserts ever since. She integrates her love of history into her style. She incorporates local ingredients into simple, uncomplicated recipes, a perfect match for the Arts and Crafts Philosophy at North Pond. Thomasson is influenced by the cooking styles of the myriad of countries that surround Hungary, the heart of Europe. There is chemistry involved in baking and it demands following guildelines religiously. She enjoys the orderliness of following recipes to create her desserts, pastries, and fresh bread. We are thrilled that she has joined our team, and hope you will be too.